The Best Poems Ever The Poetry Foundation was founded in 1941 to support the publication of Poetry magazine, whose first edition was printed in 1912. On its online platform, the foundation lists more than 40,000 of the worlds most famous poems. Its editors read more than 150,000 poems every year and publish about 600 of them in their monthly printed magazine.

On the website, you can find your favourite poets, from Emily Dickinson to Walt Whitman, Langston Hughes, Edgar Allan Poe or Sylvia Plath.

Poetry is a literary form that is thousands of years old, but which has never perished and on the contrary flourished over time.

This unique genre allows the writers to transcend the semantic meaning of words by using the "words' baggage" and transmit the readers their emotions, feelings and ideas.

Being used to convey a romantic missive, a meditative note, a phantasmagoric depiction or a protest pitch, poems have often carried more weight than their prosaic novel counterparts. By appealing to the feelings and emotions of the readers, poets have been able to impart their message compellingly.

While poems have covered about every subject one can write about, we went through poems upon poems to find five pearls., each of them from a different author, was written in a very different style, but all of them have been written by some of the most famous poets of their time. 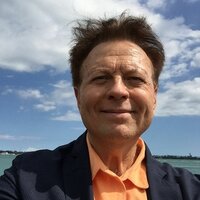 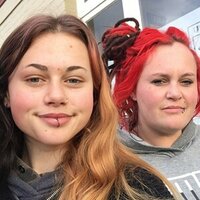 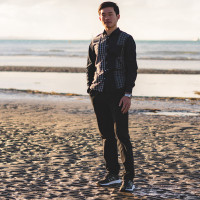 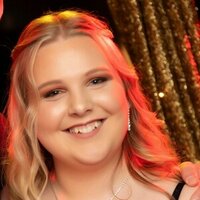 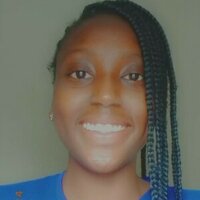 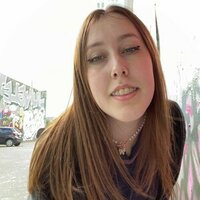 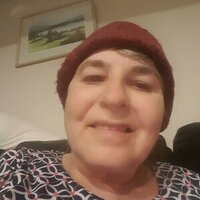 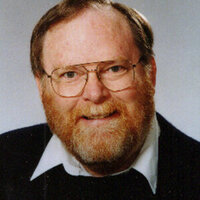 Shakespear is often regarded as the most famous English language writer of all time. His numerous plays are still performed in theatre all over the world and have been adapted countless times both on stage and on screen.

But William Shakespeare was also a very prolific sonnet writer. At least 154 of them were published even though some scholars doubt that the playwright ever wanted them to be printed.

Sonnet 116, titled Let Me Not to the Marriage of True Minds is probably the most famous piece of love poetry of all times. First published in 1609, describe love beyond the physical attraction that two people can feel for each other and celebrates love in a purer form, strong and constant, based on trust and understanding.

Even though this love poem was written centuries ago, it contributed to making Shakespeare one of the most romantic poets of all time and inspired the future generation of British poets: Elizabeth Barret Browning, William Wordsworth, William Blake, Lord Byron, Rudyard Kipling and all the great masters of English poetry.

"Let me not to the marriage of true minds
Admit impediments. Love is not love
Which alters when it alteration finds,
Or bends with the remover to remove.
O no! it is an ever-fixed mark
That looks on tempests and is never shaken;
It is the star to every wand’ring bark,
Whose worth’s unknown, although his height be taken.
Love’s not Time’s fool, though rosy lips and cheeks
Within his bending sickle’s compass come;
Love alters not with his brief hours and weeks,
But bears it out even to the edge of doom.
If this be error and upon me proved,
I never writ, nor no man ever loved."

Soldiers very commonly wrote poems during World War I. They often described the horror of the trenches in France more vividly and accurately through poems than they did through regular letters. Robert Graves, a famous British poet who served in France being gravely injured, has written some of the first realistic WWI poems, a style that became popular with war writers.

But one of the best poems of this period was not written by a soldier but by a nurse. Vera Brittain was a Voluntary Aid Detachment nurse during WWI, first in London then Malta and France. One of her poems, Perhaps, was dedicated to her fiance Roland Aubrey Leighton, who was killed on the first day of the Batlle of the Somme in July 1916, only four months after very had accepted his marriage proposal.

"Perhaps some day the sun will shine again,
And I shall see that still the skies are blue,
And feel once more I do not live in vain,
Although bereft of You.

Perhaps the golden meadows at my feet
Will make the sunny hours of spring seem gay,
And I shall find the white May-blossoms sweet,
Though You have passed away.

Perhaps the summer woods will shimmer bright,
And crimson roses once again be fair,
And autumn harvest fields a rich delight,
Although You are not there.

Perhaps some day I shall not shrink in pain
To see the passing of the dying year,
And listen to Christmas songs again,
Although You cannot hear.

But though kind Time may many joys renew,
There is one greatest joy I shall not know
Again, because my heart for loss of You
Was broken, long ago."

War poetry has been one of the earliest examples of the literary poetry genre. Indeed, the Illiad by Homer depicts the events of the Trojan War. But the World War I was the first war on a global scale and the intensity of the horrors it led to, had a profound impact on many writers and poets of the time. The conflict claimed the lives of more than 17 million people in the world, soldiers and civilians alike.

Thomas Hardy, though he never went to war, was a prolific war poem writer and through his works, Hardy tried to use the colloquial language that soldiers would use. Some of his works depict Napoleonic Wars, the Boer War or WWI. His writings greatly influenced other war poets such as Siegfried Sassoon and Rupert Brooke, both of which fought as soldiers.

Robert Frost, The American Poet of The Countryside

Probably one of the most famous American writers of the 20th century, if not of all times, Robert Frost work was greatly influenced by his life in the countryside, close to nature.

Born in 1874 in California, Frost sold his first poem when he was 20 years old for $15 ($425 in 2018). This encouraged him to keep writing even while he tried, and failed, to run a farm in New Hampshire. During his nine years of farming, Frost would write very early in the morning before attending his homestead duties.

Most of these poems later came to fame.

One of the unique features of Frost's style was his great interest for American colloquialism which he called "the sound of sense".

While many poets often used grammatical inversions, syncope, rhyme, elision or other metrical concessions, Robert Frost mastered the art of formal poetry delivered in the simple pattern of our daily speech.

He received four Pulitzer Prizes during his lifetime and the founder and first editor of Poetry magazine, Harriet Monroe said that "perhaps no other poet in our history has put the best of the Yankee spirit into a book so completely."

He is recognised as one of the masters of American poetry, alongside Maya Angelou, Charles Bukowski, or Allen Ginsberg.

"Whose woods these are I think I know.
His house is in the village though;
He will not see me stopping here
To watch his woods fill up with snow.
My little horse must think it queer
To stop without a farmhouse near
Between the woods and frozen lake
The darkest evening of the year.
He gives his harness bells a shake
To ask if there is some mistake.
The only other sound’s the sweep
Of easy wind and downy flake.
The woods are lovely, dark and deep,
But I have promises to keep,
And miles to go before I sleep,
And miles to go before I sleep."

- Robert Frost, Stopping By Woods On A Snowy Evening

Haiku is a Japanese style of famous poem that emerged during the Edo period in the 17th century. It was greatly influenced by haikai no renga (俳諧の連歌, "comic linked verse") which consisted of a collaboration of several poets gathering and taking turns to spontaneously composing a verse depending on the verse that came before.

A poet's ability and talent were judged on how closely related the two verses were. This style of poetry was first characterised as a vulgar and coarse demonstration of wit, but because poets participating in such collaboration were of great talent, it quickly became a genre of its own, where the vulgarity of it was celebrated.

One poet came to be known as the master of this style, Matsuo Basho. First introduced to the haikai circles in Edo, the Shogunate capital city. His skills were quickly recognised, and his fame grew to the point that disciples started to follow him.

However, Basho grew tired of the life in the city and decided that he would rather live on the road. When he started wandering off the main roads of medieval Japan, he was merely expected to die, killed by some bandits.

But Basho's mood which had been in constant decline for the past few years started to improve as he crossed the countryside east to west and north to south. He took inspiration from the constantly changing scenery and often captured the beauty of a moment in the haiku poems.

Because haikus are only composed of three verses and 17 syllables, it was often linked to Zen Buddhism, where capturing the essence of a precise moment was part of meditation.

Matsuo Basho died peacefully surrounded by his disciples in 1694. He is still today considered as one of the Japanese literary masters.

“Old pond
A frog jumps in –
The sound of water”