Taking Russian language course London or trying to learn Russian on your own? Then you know that when you learn a new language, it involves more than simply thumbing through a Russian dictionary or memorizing the Russian numbers and days of the week. You need to learn Russian grammar rules in order to build understandable sentences.

Of course, you can learn some Russian words and phrases from your textbooks or phrase book, but at some point you will want to go beyond saying hello, pleased to meet you, giving a rote compliment and asking “Do you speak English?” If you want to speak Russian halfway fluently, Russian vocabulary is not the only aspect you need to work on: you will also need to study pronunciation, reading the Cyrillic alphabet and, of course, sentence structure.

So here is a small guide on how to properly structure Russian phrases, so that the next time you travel to St. Petersburg, Moscow or elsewhere in the former USSR you will be understood. 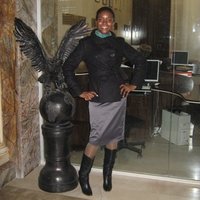 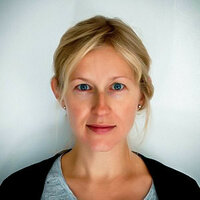 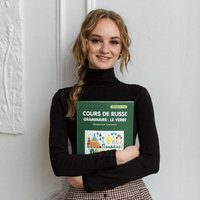 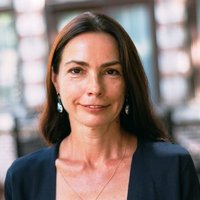 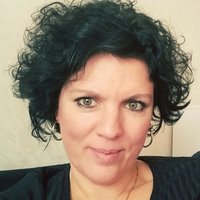 In English, the basic sentence structure is:

This is true in Russian grammar as well. Whether you are taking  Russian lessons online or in a classroom, most phrases you learn will be set up this way:

У меня простуда
I have a cold.

The subject is in the nominative case (the form of the noun you will find first in a dictionary) whereas the direct object is in the accusative. You will need to conjugate Russian verbs in the proper tense, of course.

Indirect objects (in English, they are introduced by “to” or “by”) usually come after the verb, but whereas in English they come:

Russian words - in this case, the nouns - are declined. We have seen that subjects are in the nominative case and direct objects in the accusative case. This means that the indirect object can be placed either before or after the direct object without anyone becoming confused, as it will be in the dative case.

Он пишет письмо родителям.
He wrote a letter to his parents.

Он пишет письмо родителям
He wrote his parents a letter.

Here is a table with the dative declension for the most common noun endings in Russian:

While generally, objects come after the verb, when an object is a pronoun they always come before the verb.

я его знаю
I know him.

Modifying Nouns and Verbs in Russian

Adjectives and other noun modifiers

Adjectives come before the noun they modify:

Genitives and other noun modifiers usually only come after the noun.

Adverbial phrases indicating time, place, mode etc. are generally at the end of the sentence.

я иду в школу
I am going to school.

How to Place Emphasis in a Russian Sentence

Now that we have talked about the order of Russian words in a sentence, here’s something you need to know: the subject+verb+objects order is optional.

Because Russian has cases, word order is not quite as important for determining the role of each noun in the sentence. This means that nouns can be moved around for emphasis.

New information tends to come at the end of a sentence. For example, in English we might differentiate between:

When you speak Russian, you can do this by reversing the word order.

This means that everything we said before is only one way of learning basic Russian sentence structure. It is the most usual way, and it’s good to remember these tips as they will help you focus on what you want to say without worrying about emphasis.

However, as you progress from beginner to intermediate level or even advanced levels and learn to read Russian literature in the original rather than translations, you will notice that many authors such as Pushkin or Tolstoy will switch around words in a sentence. That’s why it’s so important to gain proficiency in the declensions of Russian nouns, so you always know what function a word has in a sentence.

If you travel to Russia and your listening comprehension increases, you will also notice people doing it in common speech and as you gain fluency, you can try it out as well as you figure out what works and what doesn’t. This is something you can practise in Russian lessons with your teacher.

There are two types of questions:

Asking yes or no questions in Russian

Simple questions in the Russian language course are just that: simple. You don’t need to change anything about the word order, simply add a question mark when writing or raise your voice at the end when speaking.

Он пишем письмо
He is writing a letter

Он пишем письмо?
Is he writing a letter?

Common question words in English are:

But there are many more, compound question tags that also have Russian counterparts, such as:

Also, Russian uses its own question words for “where to” (куда) and where from (откуда).

Here are some of the most frequently used question words in Russian:

You can pair them with common Russian verbs to form useful questions.

Though most aspects of Russian sentences are permutable, question words are always at the beginning of a sentence.

что зто
What is this?

кто зто
Who is it?

где зто
Where is it?

Now, some of these need to be declined to suit their grammatical role in the sentence. For example, both что (what?) and кто (who?) are declined:

Also, whose? (чей) needs to agree in number, case and gender to the object or the person it refers to.