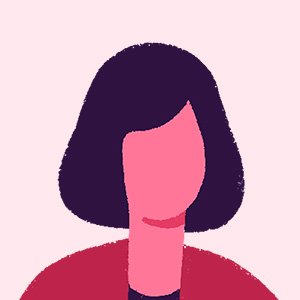 I am signed to Universal with The Puppini Sisters and to Sony as a solo artist. I work with students who wish to concentrate on technique, creating a distinctive sound, songwriting, stage craft and dealing with the record industry.

I teach singing, songwriting, arranging and all aspects of being a professional singer and band leader.
I also teach vocal improvisation to students wishing to embark on a Jazz degree.

I have a BMus(Hons) degree from Trinity College of Music, specialising in Jazz Singing, Composition and Arranging.

I have been signed to Universal/Verve since 2006, and have released four albums as The Puppini Sisters (as well as two duets with Michael BublÃ¨), plus a new solo album on Sony.

I charge £40 for a one-hour lesson.
An initial consultation lesson can be offered for £30.
Bookings of 10 lessons (paid in advance) are £350
I can coach a group of up to 6 people (minimum of three) for £20 each for two hours

I teach at home in Bethnal Green, East London.

I am available on Mondays and Wednesdays, and some weekends.
This, however, may vary according to my touring schedule.
I can make special arrangements for different times upon request.

I teach all ages over 16, intermediate to college-entry level. Will take beginners if serious and committed and showing promise.

I can prepare students for their Music College auditions.

I can tutor online via Skype video call.

- Do you have a personal message for students?

I believe that being a successful singer is about more than just having a nice voice.
Finding your true, unique sound, both as a singer and songwriter, is the key to a long and successful career, whether you have Mariah Carey's vocal range or
Kermit The Frog's tone.
I know how scary being a singer can be, and how much we judge ourselves (and believe me, you still will after any amounts of Platinum discs and applause!), but in the words
of Susan Jeffers, "Feel The Fear and Do It Anyway". There is no other way of achieving your dreams.
I have taught many students, and I have a successful career both as the founder of The Puppini Sisters, with whom I have played all over the world (from The Royal Variety Show to The O2 Arena with Michael Buble, to Strictly Come Dancing, to the US, Russia, Japan, all of Europe) and as a solo artist, working with orchestras in Russia, collaborating with some of the world's best DJs and producers.
It's a wonderful career to have, and it's worth working really hard for!

I have taught privately and I have held workshops at universities and schools since 2003.
I have worked as Musical Director and vocal coach on several shows in the UK.
I routinely coach professional artists on all aspects of being a professional singer, and I have co-written with pop artists such as Viktoria Modesta and Oriana Guarino.

I graduated from Trinity Laban in 2003. I have trained with Tina May, Anton Browne, Anita Wardell, Mark Murphy and Anne-Marie Speed.
I have completed Stage 1 of my training in Estille Voice Production.
I have studied Songwriting at Berklee College of Music with Jimmy Kachulis and Andrea Stolpe, and Music Production with Loudon Stearns.

I belong to The Musicians Union, MCPS/PRS, PPL