Why Learn Japanese: To Go on a Trip to Japan According to the Japan Times, in 2015, the number of foreign people visiting Japan reached a record 19.73 million people. With 13.41 million visitors in 2014, 2015 represents an increase of 47.1% and reflects the growing interest of foreign tourists in wanting to visit the Japanese archipelago.

Japan was seriously affected by the earthquake of March 11, 2011 on the Pacific coast of Tohoku, and saw its tourist influx drop by half. Nevertheless, the Japanese government is targeting 40 million visitors by 2020.

Japan's 6,852 islands are filled with national wonders and should be on everyone's bucket list.

With a multi-millennial culture whose heritage is exported to countries all over the world, the land of the rising sun is fascinating to many Westerners.

Are you thinking of going to Japan? Maybe you are already planning your trip.

There are loads of reasons to learn Japanese, and visiting this wonderful country is definitely amongst them.

In order to be able to speak Japanese during your language study trip in Japan, you must seek intensive Japanese language courses beforehand.

It's the right thing to do! The Japanese are not famous for being bilingual in English!

You may hear the word "Gaijin" ... It's not necessarily pejorative, but that's how the Japanese will call you to refer to you as a foreigner!

Your Japanese classes will allow you:

There are many benefits of learning Japanese, and one of them is to visit the land of the rising sun. Here's how to use your Japanese language learning to visit Japan. 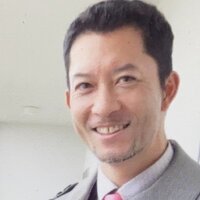 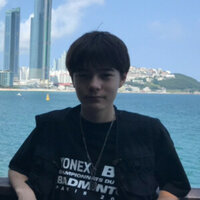 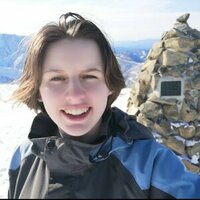 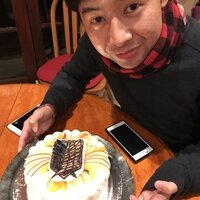 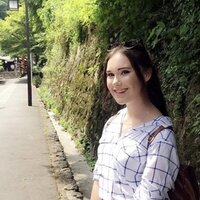 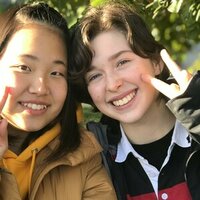 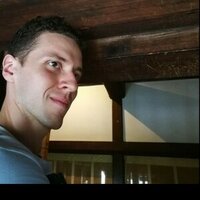 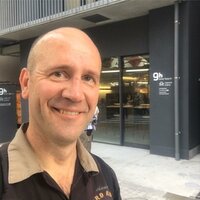 Things to Keep in Mind During Your Japanese Courses

Before I tell you all about the Japanese natural wonders and must-visit places, here are three tips on how to learn a foreign language.

1. Don't expect too much too soon

Remember that with Japanese, you will be adapting to a new writing system that shares no similarities with the Latin alphabet that we use in English. This can be slightly overwhelming at the beginning. You will need to be motivated and driven to overcome this obstacle. But once you do, learning Japanese becomes surprisingly easy.

You will therefore need to move past the usual problems of learning any new language; worrying about not understanding and fearing making mistakes. These are completely normal aspects of the learning process, and aren't something to get too down beat about. In reality you are never going to understand every single word in your language classes anyway.

So allow yourself time to get used to the new sounds and shapes of the words. This will help you make sense of everything that is going on around you in the language. Practice makes perfect so persevere and you may even find yourself using Japanese in your job.

This is simple. Study frequently, but for short periods. This has been scientifically proven to be a better way to study that by studying for long extensive periods of time. If you can, dedicate a little bit of time each day to your language learning. If you can afford to study multiple times a day, even better. There are plenty of moments during the time that you can utilise. Put down your phone for 20 minutes and study Japanese kanji instead.

You can make the most of your commute to work by using an app to learning Japanese, recite the alphabet whilst you clean your teeth, and thinking of the Japanese words for the objects you see and use everyday.

3. Prioritise vocabulary at the beginning

Words are the building blocks of every language. If you build your vocabulary you are going to be able to understand a lot more, as well as express yourself a lot better.

Once you have the building blocks, you can build the house. This means that you can put the vocabulary into sentences as and when you learn new grammar. There is no use in learning the grammar if at the end of the day you can't use it.

Trying making flash cards with the word on one side and either a picture, or the English translation, on the other. You should also make a note of new words as you come across them so that you end up building a vocabulary list.

The Benefits of Learning Japanese: Explore the Four Big Islands of the Japanese Archipelago

From North to South, the Japanese archipelago consists of the following islands:

They are the four largest islands of the Japanese archipelago, and the most populated. They represent 95% of the territory.

While exploring the islands, from Hokkaido to Kyushu, there are many things to do and visit:

If you want to visit Japan - from Sapporo to Okinawa - and learn Japanese easily, start by memorizing the two syllabic systems "Kana": hiragana and katakana.

And if you're wondering how to learn Japanese before you visit the archipelago, you can take classes online on Japanese learning sites:

In Japan, nothing is translated into the Latin alphabet!

Here is why learning the Japanese language by exploring one of the four big islands of the Japanese archipelago can be crucial:

If you take Japanese lessons online, you will know that the Japanese language has five vowels (i, e, a, o, ɯ) and many onomatopoeia!

Visit the Main Cities in Japan

Sapporo, Sendai, Tokyo, Yokohama, Nagoya, Kyoto, Osaka, Kobe, Hiroshima, Fukuoka, Kawasaki, and Saitama, are all major cities in Japan with populations of over 1 million each.

Cultural visits in anyone of these cities will also help you learn Japanese, but to fully understand them you should take Japanese classes London or where you live beforehand in order to understand more about the Japanese culture.

But you don't need to be fluent before you arrive. In fact you can learn more whilst you are there.

After all, learning a language also means learning about the local culture, the historical heritage of the country, and the habits and customs of the local population.

Japanese lessons in Japan is undoubtedly THE best solution to progress quickly.

In addition to learning basic grammar and how to pronounce simple sentences, you will immerse yourself in tha language and stimulate your faculties to:

Each Japanese city is unique with its own characteristics.

Tokyo is a symbol of modernity. The cost of living is very high, but it is an exciting metropolis containing more than twenty million people who never sleep.

One of the advantages of living in the Japanese capital is that it is cosmopolitan.

Kyoto is the most traditional city of all. Osaka symbolizes cosmopolitanism, while Okinawa symbolizes the beach, the sun, and the subtropical heat.

There is something for everyone!

If you would like to learn to speak Japanese in one of Japan's megacities:

Japan's breathtaking nature is full of visual pleasures that will seduce you when you discover the Japanese hinterland.

Explore the Best Sites in Japan

In addition to its video games and gastronomy, the Japanese archipelago is also known for its white and pink cherry blossoms, its soothing gardens, amusement parks and especially, what we see on all the post cards: Mount Fuji.

If you have taken Japanese language classes, your Japanese tutor will have told you about Japan's incredible amusement parks...

Theme parks, rollercoasters, and water parks are scattered across the country. They can get quite busy so be prepared to queue if you go at peak time.

Here are a few we can name right off the bat:

Many parks are operated by video game companies and are even found in shopping centers:

How can you learn the Japanese language in an amusement park?

Theme parks allow you to discover the Japanese culture of entertainment and video games, especially through major brands such as Nintendo, Namco, Capcom or Konami.

It is the highest peak in Japan at 3776 meters above sea level. Mount Fuji is a stratovolcano and Japan's top tourist attraction.

A source of inspiration for artists, Shinto is a place of worship for practitioners and a pilgrimage site for tourists. Mount Fuji is sometimes difficult to see depending on the weather, but on a clear day it makes for a perfect photo.

You have to know Japan to get a good look at its shapes and colors.

Surrounded by five lakes in the Fujigoko region, the snowy mountain is only visible from October to March. The rest of the year, it is hidden by the clouds.

Mount Fuji is part of Japanese history and seeing it helps people to understand the history of Japanese art, which you have maybe already discovered during your private lessons of Japanese.

A source of inspiration for painters since the dawn of time, Katsushika Hokusai (1760-1849), a Japanese painter fascinated by Mount Fuji, strongly influenced European impressionism.

It is also a mountain recognized as sacred since the 7th century.

According to Japanese tradition, Shinto deities live on the summit of Mount Fuji.

As for the Buddhists, they worship its shape evoking the white button and the eight petals of the lotus flower.

Convinced, yet? Japan's relations with the west, mean that learning this language will open loads of doors, not to mention give you the opportunity to explore a new land and a fascinating culture.

So go to the Superprof website and find yourself a Japanese tutor in your local area to make sure you are ready to explore the four big islands of the Japanese archipelago!